Pathfinder – “Lead a life of meaning as you define it, today” How do we positively position ourselves as business owners and leaders to live intentionally – to avoid that passive feeling that life is just happening at us?

Pathfinder – After 40 years of living around the world in international and technology related endeavors, in Pathfinder we write about our path forward to live intentionally –To lead from the front of our lives with purpose and conviction.

For business owners, paying non-essential professional fees is nearly as unpalatable as paying unnecessary taxes. If you are convinced that you don’t require the services of a certified valuation analyst to value your company, this will not be your favorite issue of this newsletter. This issue (and an open mind) may, however, help you avoid an unpleasant encounter with the IRS and help you to reap all of the value of your life’s work.

END_OF_DOCUMENT_TOKEN_TO_BE_REPLACED

Why is cash flow is so important to third party buyers, and by extension, to sellers of closely held companies? In short, a seller must demonstrate an increasing stream of cash flow from the business. Without a healthy cash flow, a buyer may pass over the opportunity to buy your business in favor of purchasing a “good” company with less risk.

END_OF_DOCUMENT_TOKEN_TO_BE_REPLACED 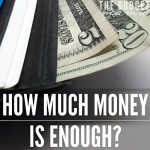 For many owners, the answer to one question determines their ability to leave their companies: “How much money will I get when I sell?”

This question is indeed critical, and answering it is the second step of The Seven Step Exit Planning Process™. Realistically, you can’t exit your business unless you achieve financial independence, and the primary source of that independence is likely to be the funds you receive for your business when you leave.

Let’s look at fictional owner Ron Nee, the owner of Landscaping Supply Company, to see why a valuation—well before your exit date—is so important.

END_OF_DOCUMENT_TOKEN_TO_BE_REPLACED

To illustrate the importance of shifting core duties prior to your exit, let’s introduce Will Tryon, our hypothetical business owner of a thriving pre-cast manufacturing company. When Will began thinking about who he should transfer management responsibilities to and which responsibilities should be transferred first, he quickly became overwhelmed because the degree of responsibilities he held as the company’s owner were complex and ingrained in his everyday routine.

END_OF_DOCUMENT_TOKEN_TO_BE_REPLACED 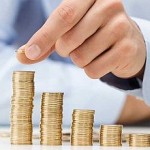 In the previous issue of The Exit Planning Review™, we learned that there are five elements that must be determined before any owner (or professional advisor) can begin to create a successful Exit Plan. These elements are:

END_OF_DOCUMENT_TOKEN_TO_BE_REPLACED 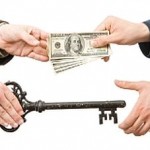 The business continuity agreement is the single most important document that the owners of a closely held business will ever sign. This agreement (also known as a buy-and-sell or buy-sell agreement) controls the transfer of ownership when certain events occur. These events include: the death or disability of a shareholder, an involuntary termination or retirement of a shareholder and even (yes they do happen) disputes among owners.

END_OF_DOCUMENT_TOKEN_TO_BE_REPLACED

In the last issue of this newsletter, we presented a number of reasons why a business continuity (or buy/sell) agreement can be one of the single most important documents that you, as a closely held business owner, will sign.

END_OF_DOCUMENT_TOKEN_TO_BE_REPLACED

In our last issue of this Newsletter, we discussed the problems that can arise if a business continuity (buy/sell) agreement designed for one event (usually the death of a shareholder) is called upon to manage the more likely event of a shareholder’s departure during his or her lifetime. Lifetime departures may occur due to the retirement, termination, divorce or bankruptcy of an owner.While it is true that poor design or failure to update the agreement—especially in tough economic times—can create significant problems, does that mean you and your co-owners shouldn’t have one in place?In a word, NO! The business continuity agreement may be one of the most important documents that you, as a co-owner of a closely held business, will ever sign. For an idea of why, consider the case of Acme, a fictional company.George Acme’s son-in-law, Tom Gardner, had worked for George for over 20 years. Tom had gradually assumed operational management and was the acting CEO. In recognition of Tom’s contribution, George had sold Tom—mostly at a low value—25 percent of the company.Everyone expected that Tom would one day own Acme, Inc. But before that day arrived, George died and Tom’s sister-in-law became the executor of George’s estate. […]

END_OF_DOCUMENT_TOKEN_TO_BE_REPLACED 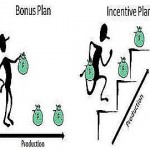 Too often, owners only discover that the compensation plans they’ve put in place for key employees are sadly inadequate when those key employees leave their companies for greener pastures. The departure of one or more of these key employees not only complicates your daily business life, but it can slam shut the door on your exit plans. Without experienced management in place, you may find it very difficult (if not impossible) to leave your business in style.

END_OF_DOCUMENT_TOKEN_TO_BE_REPLACED 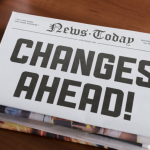 In 2005 Peter Daniels wanted to leave his food processing plant in five years by selling it for enough cash to maintain a comfortable lifestyle. A quick review of the company’s financials suggested that with a current annual cash flow of $250,000, before his salary of $250,000, the company would be valued around $1 million. Peter’s advisor suggested creating and implementing a step-by-step roadmap to increase value, minimize taxes, and protect existing value from loss, and Peter agreed, but did nothing more. Peter never designed an exit plan nor did he ever implement one.

END_OF_DOCUMENT_TOKEN_TO_BE_REPLACED

What I do… is get people to do… what they don’t want to do… to be what they want to be.